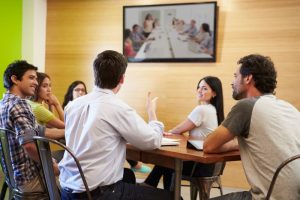 The term “office environment" can often be an alternative way of saying frustration and angst, and that is exactly what you don't want it to be. In fact, there is probably a mathematical formula somewhere that shows success going down as these go up.  And vice versa. Ineffective employee communications, particularly after investing in video communications, can result in extreme frustration.

Better communications, though, doesn't necessarily mean more communication. If you aren't sending any messages at all to employees, then quantity is an issue. But most companies do try. The problem is they aren't using the right methods. It's a qualitative matter. Video comms are the solution to most of your problems. Let me explain.

As a professional writer, I have learned one thing in the last few decades – people don't read. I have worked on all kinds of business documents from whitepapers to press releases, and more often than not a CEO or CFO will remark, “It needs to say X." Well, it did – they just didn't read all the way to the third paragraph where I wrote about X. And these were guys who were paying to see what I had written. Even scripts for employee communication videos had that problem – they wanted to see it not read it. The truth is that if you rely solely on the written word to communicate with your employees, you're doomed. 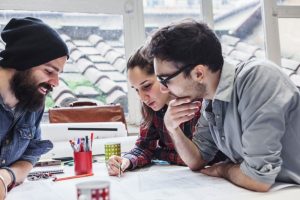 Meetings are a bit better because there is more active engagement – until someone dozes off. The main trouble with meetings is that they are inefficient. If you have a 12-person meeting that lasts for an hour, you lose 12 person-hours of other work. That's a hefty opportunity cost to go over whatever you want to cover. Other problems with meetings is that they run too long, go off topic and include people who don't need to attend while excluding people who should be in the room.

When I worked in investor relations, a key event for each quarter was the shareholder conference call. Dozens of investors could call in, listen to a presentation by the C-suite officers, and then, they could ask questions. It's still a big-time loss for the senior staff, but with millions of dollars on the line, it's deemed worth it by most corporations. If millions aren't on the line, a conference call suffers from the same problems as meetings – without quite the same level of engagement. People won't walk in on a meeting, but they will interrupt a conference call.

A recent development has been the use of video conferencing for those things. The reasons are plain. We take in more data visually than any other way. Facebook notes that a video receives 135% more reach than a photo. Twitter says a video is six times more likely to be retweeted than a photo. And if given a choice between a video and text, 59% of executives will opt for the video.

Moreover, demographics suggest that video communications will only grow in importance. “By 2020, video will account for 82% of all consumer internet traffic (up from 70% in 2015), according to Cisco. That’s nearly 1 million minutes of video shared every second." There are a billion people who watch videos on YouTube. That's about 13% of the entire human race. And most of them are younger rather than older.

If people choose to get a major part of their social contact via video, that means it is a medium they feel comfortable with. In other words, people like and want video comms. If there is information that you need to communicate to them, they are more likely to take it in if it's a video than if it's some other form.