Benefits Decision Support: Why Algorithms and AI Are Necessary for the Future 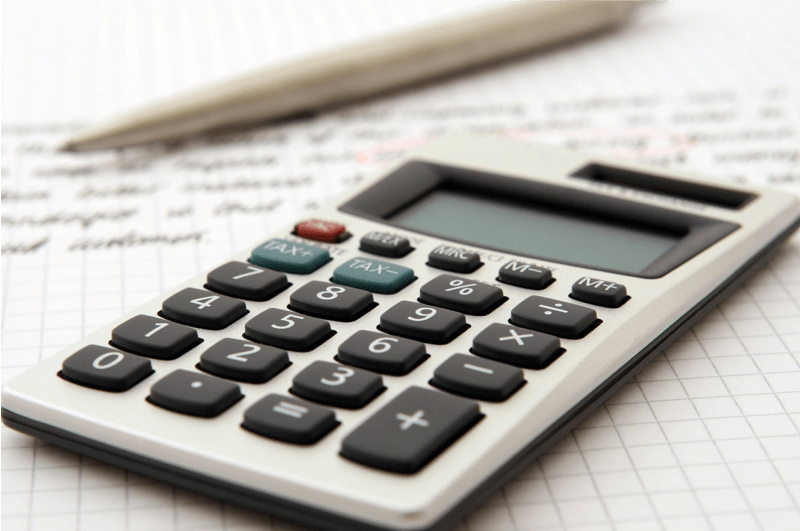 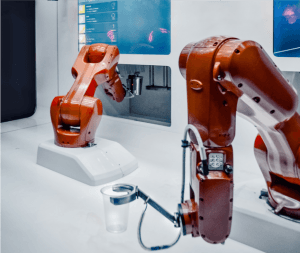 Benefits decision-support tools are looking more like science fiction every day. But this isn’t fiction and competition for talent is fierce.

Benefits and the programs that make them available make a difference for everything from recruiting and onboarding to employee engagement.

I have always been a science fiction fan. I was born when Kennedy was president, and space flight, robots and the rest were part of the zeitgeist. Needless to say, the bright, shiny future promised hasn’t really materialized. No Mars colonies, no robot friends. Naturally, I feel a bit cheated.

However, when it comes to artificial intelligence, things are getting closer to what was forecast. The HAL 9000 computer in 2001: A Space Odyssey was more advanced than Alexa, but she’s getting there. (And, Alexa hasn’t tried to kill me… yet.)

So, the lesson here is a balance between “don’t believe the hype” and “don’t get left behind.”

Artificial Intelligence (AI) and Machine Learning Algorithms (MLA) aren’t silver bullets to fix all your benefits decision-support needs. Yet they’re going to become a major feature in many, if not all, business processes.

There are now three ways decisions are made. People can make them, which has the advantages of flexibility and adaptability but require logic or relevance to the situation at hand. And, people make mistakes all the time. 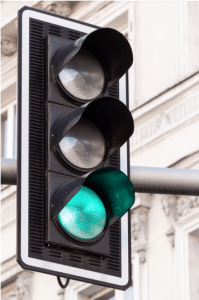 Alternatively, machines can make the decisions. In simplest form, consider a traffic light. The mechanism moves at a given rate, changing the current flowing to the bulbs so the lights change. These are pretty reliable, but the problem is they’re rigid.

We’ve reached the stage in technological development where the decisions machines make are able to support the decisions humans make. In other words, we’ve achieved that dreaded buzzword “synergy.” The term we mean is AI Augmentation.

Svetlana Sicular, research VP at Gartner Inc., states in a press release: “Augmented intelligence is all about people taking advantage of AI. The goal is to be more efficient with automation, while complementing it with a human touch and common sense to manage the risks of decision automation.” It doesn’t replace people, it makes their performance better by supporting them.

Sicular adds, “The excitement about AI tools, services and algorithms misses a crucial point: The goal of AI should be to empower humans to be better, smarter and happier, not to create a ‘machine world’ for its own sake. Augmented intelligence is a design approach to winning with AI, and it assists machines and people alike to perform at their best. As AI technology evolves, the combined human and AI capabilities that augmented intelligence allows will deliver the greatest benefits to enterprises.”

How big are these benefits we’re talking about? “In 2021, artificial intelligence (AI) augmentation will create $2.9 trillion of business value and 6.2 billion hours of worker productivity globally,” according to another study by Gartner. To put it in perspective, the value is equal to about 14% of the GDP of the US in 2018. In terms of worker hours, it’s just under a month of what the entire German economy does. And this isn’t in the distant future either. Juniors starting high school this fall will be graduating in 2021.

I love theoretical discussions as much as the next guy, but until you can apply it in the real world, it’s just talk. So, how would you use any of this to make yourself more productive in the workplace? 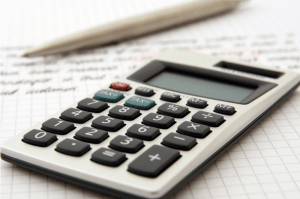 People can select plans without any of the AI razzamatazz. They’ve been doing it for decades. Many tools used to calculate health costs to help make healthcare decisions followed the calculator model.

The calculator model takes user-entered units of service and multiplies them by the estimated cost of that service. This means providing detailed estimates of historic and anticipated medical services and prescription data for each family member. Generally, these models also only show users a single plan option rather than a side-by-side comparison of available medical plans.

At Flimp, we have a great benefits decision-support tool called PLANselect®. Contrary to calculator models, PLANselect utilizes a percentile-of-use model. This maps the user’s stated medical service needs across 26 types of services. Those are then run against actuarial data tables published by Federal Actuarial Value Calculator (A/V), based on the Blue Health Intelligence database of approximately 195 million claimants.

Now, it’s quite possible the calculator model can return the same suggested plan as PLANselect, but that would probably be a happy accident. You still wouldn’t be able to easily compare the costs across the other plan options. At the same time, the user experience is much better with the PLANselect algorithm. It takes four or five minutes instead of 25 to 40 minutes to complete. The user doesn’t need to guesstimate anything (avoiding “garbage in, garbage out”).

(Read more about how to choose a benefits decision support tool.)

And no personal health information is needed. Which one are you more inclined to use?

The future of business will rely more and more on machines. That’s been the case for a few centuries now — at least since the beginning of the industrial revolution. People lost jobs to machines, but greater opportunities were created at the same time. There are more jobs now than there were in our parents’ day. And we can expect there to be more jobs in our children’s adulthood than there are now.

AI will replace some jobs, but in the end, AI Augmentation will create greater opportunities, supporting humans by helping make decisions in ways humans can’t. 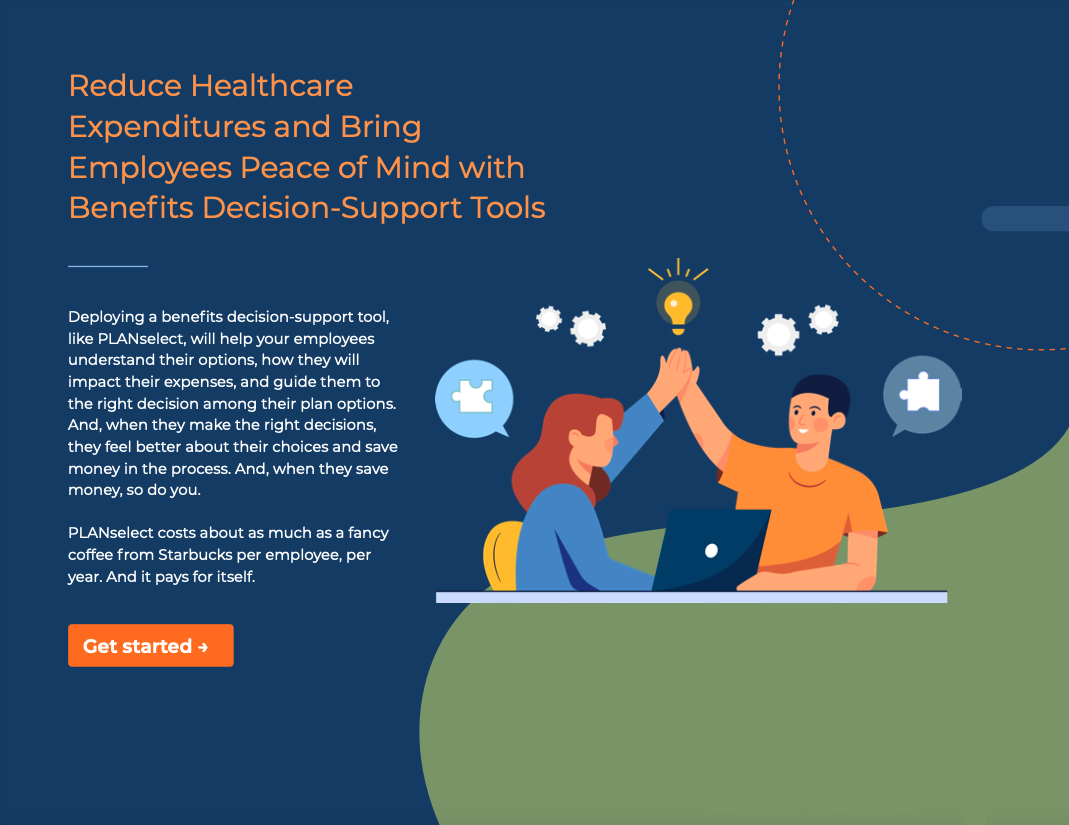 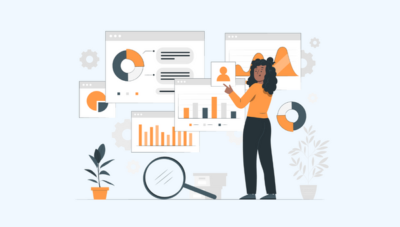 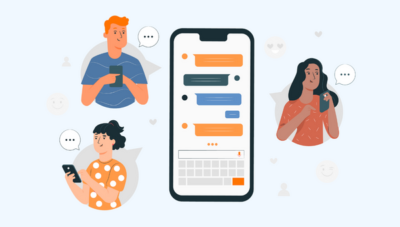 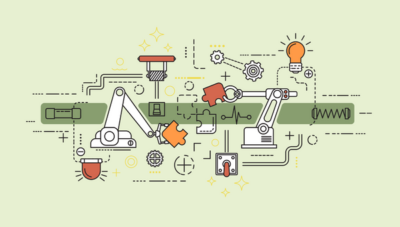