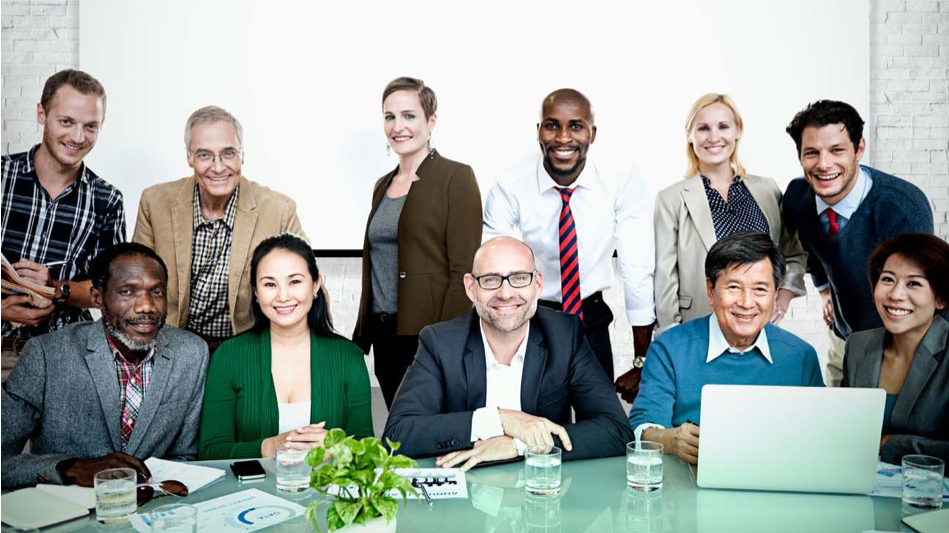 Diversity and inclusion are more than just buzzwords of the politically correct. Yes, they represent the right priorities, but there are bottom-line, business-driven reasons to be diverse and inclusive. A study back in 2013 actually measured its value – the “diversity dividend” is real and quantifiable. In other words, the pursuit of diversity and inclusion has a measurable way of enhancing shareholder value. And failing to develop a diverse workforce can cost when it comes to innovation and developing markets.

Diversity and Inclusion by Necessity

At the same time, most corporations haven't built diversity into their mission statements nor their stated values. Take for example BNP Paribas, the French-based bank. I worked there as an editor a few years back, and it was one of the better career experiences I've had. A global bank has to be culturally sensitive to thrive, and BNP Paribas is good at bringing in people from different countries, ethnic groups and educational systems. In the course of my average day (where I sat trying to edit economics articles while listening to bond traders swear at each other), I worked with an economics team headed by an American woman who was supported by a Russian woman, and a trading team led by a man from Turkey, whose staff were mainly mathematicians born in Asia. I also had regular contact with the men and women in Brazil who did foreign currency trading in Latin America.

Consider the bank's mission statement, though:

“We aspire to be the reference among European banks with a global reach, the preferred long-term partner to our clients, and a contributor to responsible and sustainable global development.

“We want to have a positive impact on our stakeholders - customers, employees, shareholders - and on society. We want to contribute to a better future. Our highly committed teams will deliver first-class service and solutions to our clients through our integrated model. We will offer to our colleagues an inspiring and stimulating place to work. We want to be among the most trustworthy players of our industry, by anchoring further our values and ethics in our everyday behaviors.”

Laudable ambitions to be sure. If you read between the lines, and if you have very good vision, you might see something that looks like a value that could be stretched to cover diversity and inclusion. But they're not overtly there.

The bank has spent decades building a diverse staff, and most of that came about out of necessity – expanding into Latin America required people who speak Latin American Spanish and Portuguese. So, hiring Latin Americans was inevitable. 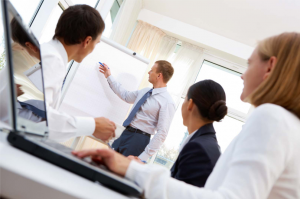 Most companies don't have the luxury of decades in the field or the clear necessity to pursue diversity. So, what do you do if you want to cash in on the diversity dividend when there is no corporate emphasis on it?

The unfortunate truth about human beings is that we tend to associate with other people like ourselves. The familiar is comfortable, and the unknown and different can be scary. Adapting is something we don't like to do. But as Darwin might put it, “adapt or die.”

The one place in a business where HR professionals are likely to succeed most easily in the pursuit of diversity and inclusion is also the place where success is most useful – the human resources department. Build a diverse HR department and the natural affinity people have for others like them will become an advantage rather than an obstacle.

Begin at the Beginning

If you want a diverse HR department, you're going to have to start with the team you have. They may be the best bunch of HR people on the planet. If they all came from the same schools, are the same ethnicity, religion and gender identity, however, you need to recruit outside that pool. If all you do is recruit among Harvard MBAs, it would be almost impossible to end up with a staff of PhDs, EdDs, MFAs, etc. from places like Howard, Texas A&M and the Air Force Academy.

The good news is talent and drive are more widely distributed than a few campuses in New England. If your business has college recruitment abilities, try visiting different schools each year. The Huckleberry Finn you read at Yale is the same book students read at your local community college. Utilize the professional groups that cater to the needs of under-represented groups. There are organizations like the National Association of Asian American Professionals and the International Association of Women that exist to help their members network and secure jobs. Finding qualified candidates through such groups isn't terribly difficult.

Once you have a more diverse team, your team members can utilize their own personal networks and professional experiences to recruit beyond HR. A common message here is the need to get buy-in and active support from top managers. This remains true in the creation of a more diverse staff. The HR department can often manage its own affairs without too much direction (interference) from the top people. Once HR's latest crazy idea (diversity and inclusion) threatens to move outside HR into accounting and legal and so on, securing support at the top is the only way to succeed.

You must recognize that there will be people who don't like the new situation. That doesn't automatically make them racists, sexists or bad people. It may just be that human characteristic that I mentioned about feeling more comfortable with people like themselves. Often, it just takes one or two positive experiences to overcome that preference. 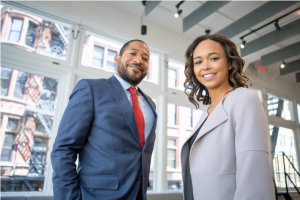 That's where communication comes in. Explaining the diversity dividend is vital to the success of implementing a company-wide diversity effort. “Diversity and inclusion will make our company more profitable, which means we can boost your pay” is probably the most effective thing you can say to sell diversity to reluctant staff.

For my sins, I'm a fan of Chelsea FC, a soccer team from west London. The team is owned by a Russian and managed by an Italian. The players come from England, Wales, Denmark, Italy, Belgium, Brazil, Spain, Croatia, the Netherlands, Argentina, France and Germany. Out of the 25-man roster, six players are black (including a Frenchman, a German and an English player).  The club is not unique – most of the best teams in the world attract talent from all over the world. Of course, there are personality clashes, and some cultural misunderstandings. Racism in football (real football, not the NFL), especially among some fans, is a persistent problem. Communication sometimes is pointing and nodding, not long-winded speeches. But the teams that take home the trophies (in any sport) are dedicated to winning using the most talented players they can find – wherever they find them.

Naturally, business is harder than soccer. The rules aren't as clear (even the referees sometimes don't know all the rules), and the definition of winning is elusive most of the time. But one concept is common between business and sports: more talent on your side means more success. Closing yourself off to any source of talent is a good way to lose.

We often forget that doing the right thing can be profitable. But that diversity dividend is there if you want it.