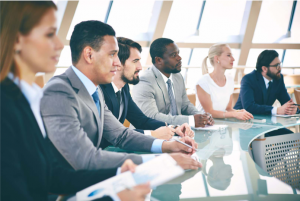 When it comes to change and change management, most people agree with former British Prime Minister, Lord Salisbury. He is attributed the line, “Change? Change? Aren't things bad enough already?”

Change makes us uncomfortable. We have to learn new ways of doing things, and it's usually not something we’ve chosen for ourselves.

Yet managing change is vital, not just in business, but in life. Darwinism says that change is inevitable. Those capable of adapting to change will survive, and those who can’t will perish. It’s a matter of life and death in the wild. In the marketplace, failure to manage change can result in lost profits, smaller market share and bankruptcy — the business world's version of extinction.

Depending on which business article you read, there are either eight or nine steps to managing change… or maybe it's twenty-three. All of them boil down to a few common points.

All this is the same throughout history. It doesn't matter what the reform is, when it occurred or what organization undertook the changes. The process is largely immutable. When the Romans declared a Republic or when Steve Jobs breathed life back into Apple – change and change management worked the same way. There’s nothing new in this regard.

Now, how you implement the process, is a completely different matter. Look over the steps as enumerated above. Most, if not all of them, involve communicating with the organization's members. And how we communicate has changed radically over time.

Consider the news. For much of human history, that consisted of gossip spread by word-of-mouth with all the inaccuracies and distortions that come with it. Once humans invented moveable type and boosted literacy, the town crier gave way to the newspaper. While I worked in the New York office of Lloyd's of London Press, their paper, Lloyd’s List turned 300 years old. There was a time most American cities of any size had a morning and evening paper. So newspapers had a good run. 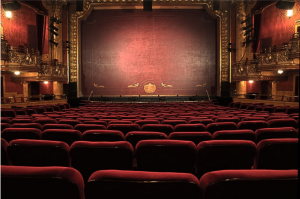 Then came radio and news became a live event. At about the same time, the development of films meant newsreels. There was a time when you got a dose of the news with both sound and pictures at the movies between the short and the first feature.

Television perfected that with broadcasts from around the world. In my lifetime, I’ve watched live broadcasts of men walking on the moon, the Berlin Wall coming down and the outbreak of war in Central Asia as it began.

Communications changed again when a government-funded research network, known as ARPAnet, became the internet, and then again as smartphones made the internet mobile. I’m certain there are more changes to come in the way we communicate, but I can't tell what those changes are. If I could I’d be down at the US Patent Office preparing to become a multi-billionaire. For now, we’re at a time of digital communications that can be sent and received from anywhere there’s cell phone coverage.

The arrival of digital communications hasn’t altered the process of change management, but it has allowed us to communicate about change differently than we used to.

Let's go back to the 1980s when I worked at Lloyd's. The main office was in Colchester, England, while I worked in New York City. There was no email yet in the corporate world. The five-hour time difference and cost of transatlantic phone calls made the phone somewhat unsuited for major initiatives. Faxes were okay for memos, and airmail was adequate for things where time wasn’t of the essence – England to New York in four days.

So, when the lads in Colchester wanted to change something in a significant way that affected the New York office, it often meant a personal visit from senior management. I distinctly remember one decision that, in order to implement it, required redeploying people in the UK, developing resources in New York and creating a new distribution system. Three visits of a week each were needed over four months to get it done.

Today, that would be handled very differently. The redeployed staff could receive video briefings to explain the change and digital postcards to keep them abreast of the developments affecting, not just their department, but everyone. Email and shared computer files between New York and the UK would maintain momentum and easy communications across the time zones. It certainly wouldn't take four months anymore. 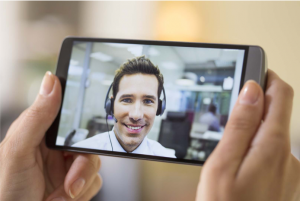 And if you haven't read this blog before, video communications are demonstrably better than other forms of engagement. People may not read memos. They may only half-listen to a voicemail. But put a video in front of people, and they will watch it. Better still, they’ll remember what they saw.

In my opinion, the greatest change that digital communications provide is feedback. As we at Flimp have noted before, how employers engage and communicate with employees, particularly in large organizations with a geographically dispersed workforce, is changing radically thanks to the digital transformation of communications content, distribution, devices and data collection. That last term is vital. Data collection is something we haven’t really been able to do before – certainly not to the degree and with the precision we can today.

Top-down change management isn’t as effective as change management where communication is a two-way street. Face it, the person who performs a specific function is almost always the expert on how to perform it efficiently and effectively. Change, by definition, can mess with that. Allowing the flow of information to go both ways puts some of the power in the hands of staff. Having any control over how change happens decreases resistance to change.

Think of this feedback as an opportunity to correct course just as you would while driving. Going from Seattle to Miami means you’re headed south and east but you still have to adjust to local conditions along the way – that's why cars have steering wheels. Your drive for change becomes easier when you can steer around obstacles, reach early milestones with ease and continue moving in the general direction you want to travel.

Change is inevitable, and with apologies to Lord Salisbury, it doesn’t have to make things worse because we’re able to manage it better than ever before thanks to digital communications.